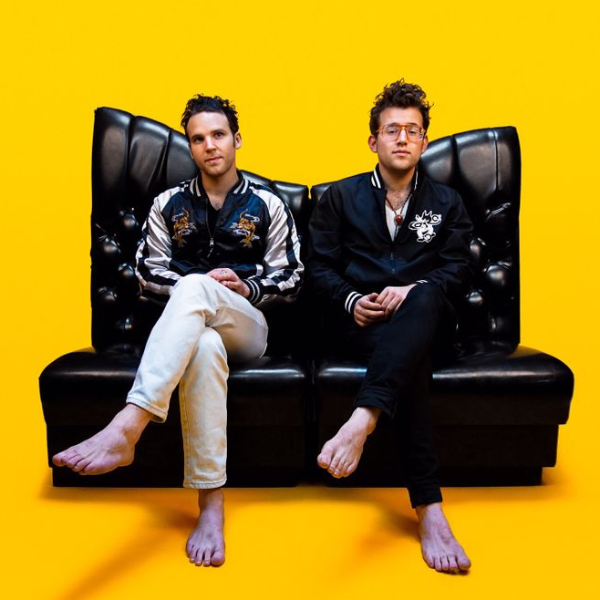 Strange Hotels is a duo founded by Ben Braden and Nick Sadler in Portland, OR in early 2018. They are quickly turning heads up and down the West Coast with their explosive live shows and compelling early recordings. Recording and producing music solely on iPads, using a slightly ramshackle process involving several apps working in concert, they found time in air-bnb’s and apartment studios on the road to create their first release, Mixtape. The result is a mix of inspired, off the cuff tones and well produced and precise Pop. Their music can be described as a wide-ranging project that includes flavors of Dance, RnB, Vintage Pop and Indie Rock.

Strange Hotels’ song, C’mon Forget It, appeared in the third season of the Viceland show, King of the Road. They have performed live in LA, Portland, San Fransisco, Seattle, Denver, Boise, Minneapolis and many places in between.

Stream their second EP, Mixtape II, on Spotify today and keep your eyes open for Strange Hotels live in your city!