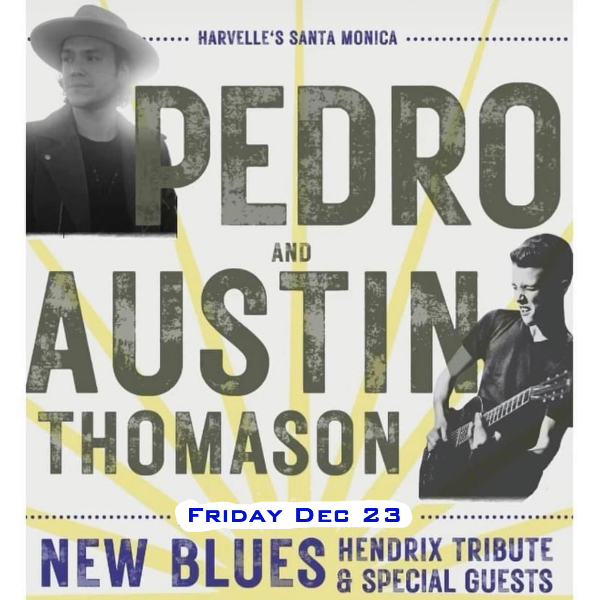 with Austin Thomason and PEDRO 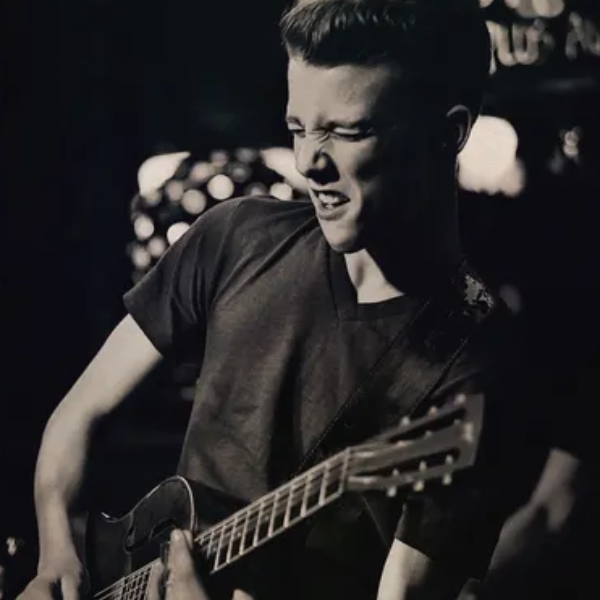 It was when he first heard B.B. King’s Live at the Regal album that Austin found his musical inspiration. Since then, he has rooted himself in music from Delta greats like Son House, Robert Johnson, and Muddy Waters.

Beginning his performing career at 12 years of age, Austin first learned the art of the jam at the Baked Potato Jazz Club in Studio City, playing at the feet of modern day legends such as Artur Menezes, Josh Smith and Philip Sayce. Since then, he has been performing professionally with his own band, the Austin Thomason Trio, at the Baked Potato and other iconic clubs like the Maui Sugarmill Saloon in Tarzana.

At 15 years of age, Austin is joined by his talented sister Addie, age 13, on bass, and the incredible Logan Ellis Sheppard, age 20, on drums.

Drawing inspiration from modern blues greats, like Gary Clark Jr., and Austin’s early Delta heroes, the trio’s high energy, hard-hitting set has been stunning crowds at home and on the road.

Proud to have represented the Southern California Blues Society for a second time at the International Blues Challenge Showcase in Memphis, TN to rave reviews, Austin is looking forward to hitting the road again very soon.

Follow Austin on social media at @austinonguitar to get information on his upcoming shows and his other exciting adventures in music. 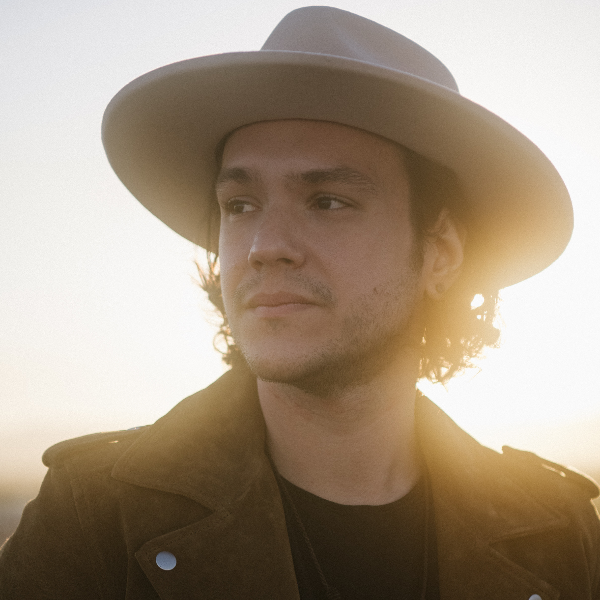 Pedro is a Brazilian guitarist/songwriter with heavy blues influences and a guitar driven sound that you can hear on "Wake Up", available now! Born and raised in Sao Paulo, Brazil, Pedro started his music career at 17, playing in bars and pubs around the city, with different bands and projects. The release of the EP "The Greenhouse Sessions" and the album "Wake Up" marks the start of his career as a solo artist, and it features a free and soulful sound, recorded live and among friends.